November 4, 2014 by Jake Rocheleau No Comments 862 views Share this

How much more can be said about responsive web design? It’s simple, efficient, and really just the bee’s knees dripping with succulent user experience nectar. I’ve found more designers are pushing for responsive design because it solves the problem of every mobile device and monitor resolution.

This inspiration gallery is focused on creative design agencies which employ responsive layouts. If any type of company should understand the importance of user experience it would be creative studios. For anyone building their own studio this post should offer a blend of unique ideas worth testing in your own website design. 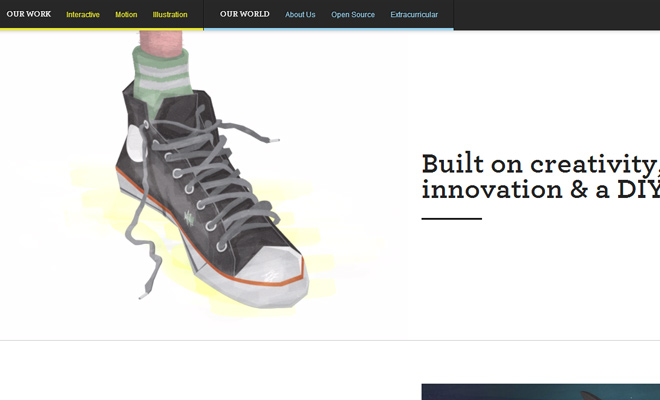 In our modern technological era you can find devices with any screen size that all have access to the Internet. This means bored people around the world can visit their favorite websites from a laundry basket full of different screen dimensions. If this were Pee-wee’s Playhouse I’d say the word of the day is: breakpoint!

The process of responsive design creates distinct layout styles that change based on a device’s screen resolution. When a layout shifts into a smaller or larger display style it’s often called a new breakpoint. Choosing when to create a new breakpoint is quite an arduous task since the threshold and number of breakpoints can change dramatically from project-to-project. 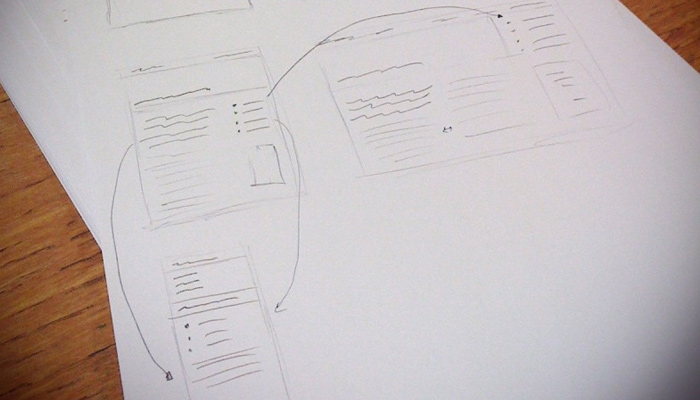 In this post I want to outline a couple ideas for creating responsive breakpoints in web design. The end goal is to create a usable website experience that fits naturally onto any device. While this is easier said than done you’d be surprised how much can be learned by just building a site and fixing mistakes as you go along.

The sheer number of worldwide conferences has increased dramatically over the past few years. This must in part have something to do with the Internet and the ability to sell tickets from anywhere in the world. Thus a well-designed conference website is of vital importance to any event’s turnout and success rate.

In this gallery I’ve put together 45 examples of website layouts created for conferences and festivals. You’ll notice many common features like sponsored guests and ticket/lodging details. Each event will have its own unique energy and the website should promote this with confidence to sell tickets and build excitement. After all, without people willing to attend you’ve got no conference. And without conferences our world would be much different – a world deficient of brilliant keynotes and inspirational TED talks which provide thought-provoking concepts and hours of procrastination. 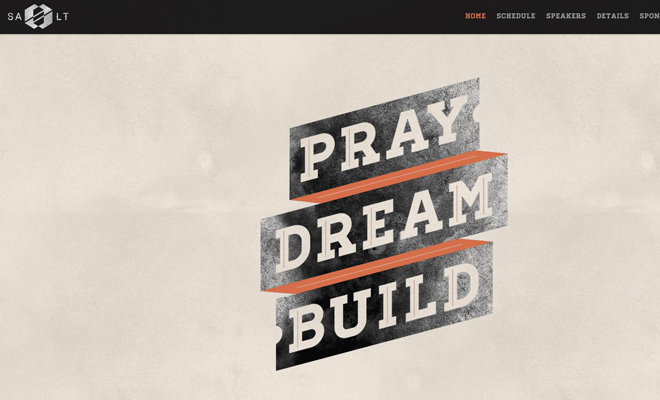 Clean minimalist portfolios have been popular for years. Since the goal is to get people focused on your work, minimalism can remove distractions and keep attention where it belongs. Granted more aesthetic features can prove you to be a more competent designer – but they need to be elegant and complementary to the layout.

I’ve put together a series of white-colored portfolio websites ranging in theme from minimalist to fanciful. You can find dozens of examples in this post which elucidate the critical features of a great portfolio. Some examples are personal websites for a single designer while others are made for companies and creative studios. Overall you’re bound to find a few designs which catch your eye and provide some inspiration for future website projects. 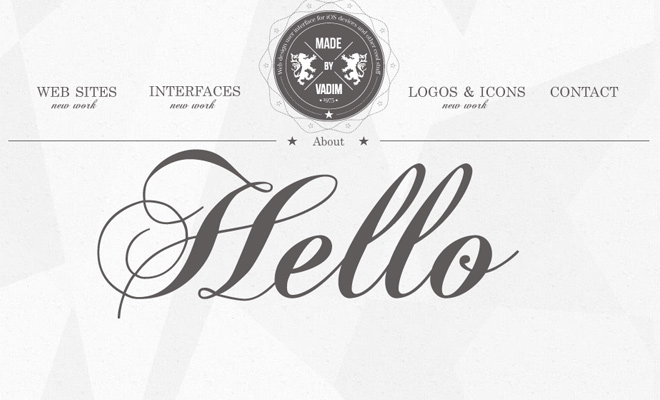 A year ago, finding a blogging platform that focused on blogging was impossible. Even content creation platforms that advertised as having an easy set-up and were specifically for bloggers seemed to focus mostly on the creation of the layout of a blog. For instance, WordPress has some amazing news and magazine themes, but it certainly isn’t a quick set-up. Tumblr themes are a bit simpler but still come with some bells and whistles that many found annoying. Bloggers just wanted to be able to quickly set up a simple but professionally designed blog and start publishing.

John O’Nolan was one such blogger who became frustrated enough with the situation that he hired Hannah Wolfe as lead developer, received funding through Kickstarter, and created a simple blogging platform called Ghost. With so many supporters due to blogging platform ire already, Ghost quickly received the funding it needed to launch on 14 October 2013. The other good news is that there are themes for more than just writers. Portfolio ghost themes are also emerging.

So, if you are a blogger or a designer looking to set up a simple blogging or even portfolio platform, Ghost is one platform that brings content back to the forefront on the web. In fact, below is a list of 30 of our favorite ghost themes so far. All are very elegant and, most importantly, provide a clean layout to help your content shine. 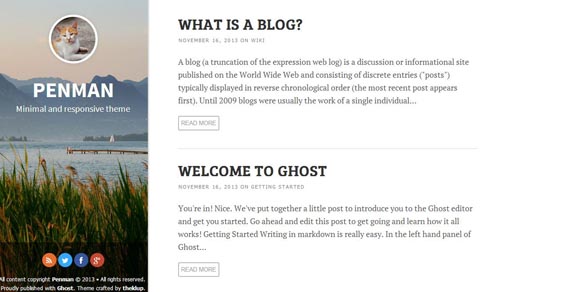 If you’ve never heard about rapid prototyping it can be defined by the two individual terms. “Rapid” means a speedy action taking place over a short period of time, and a prototype is typically the first model of a project. This process requires fast iterations of design to implement features, test how they work, and fix what doesn’t work until you reach a comfortable solution. 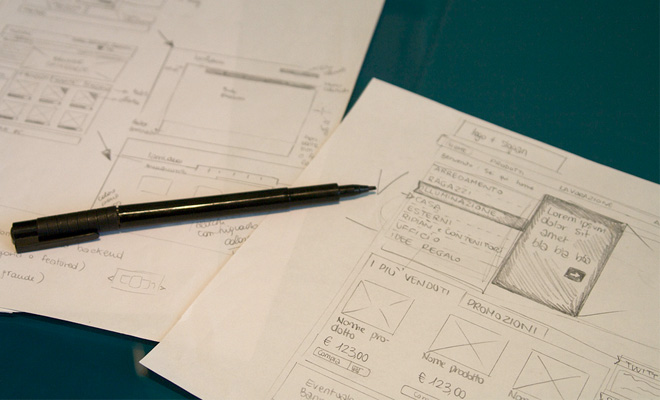 This article will go over some of the basics to rapid prototyping and how you can get started. I’ll be focusing specifically on website design, but keep in mind that you can rapidly prototype any interface including mobile apps or GUIs for software. I’ve also included some related posts and popular tools for prototyping.

Vector design is the perfect way to jazz up a bland or simplistic layout. Nowadays designers can export SVG icons which naturally expand or animate for unique visual effects. Connecting a branded vector character into your company logo is a memorable way to capture attention. It certainly works for these websites!

Below you can find a number of excellent vector-based icons blended into typical website layouts. This is a solid collection of websites to understand how other designers create these effects. You might try designing your own Illustrator vectors for the web and see how they can improve overall visitor interactivity. 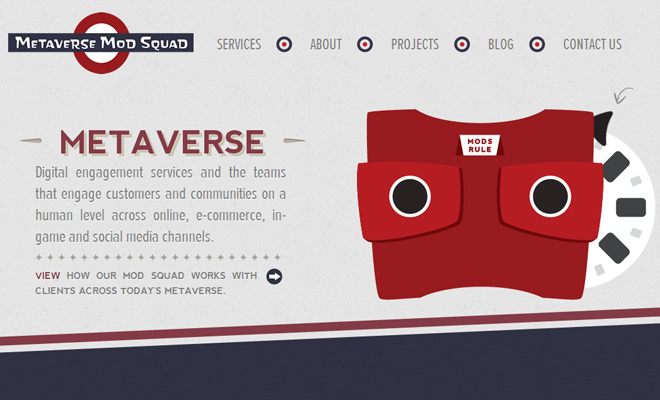 Storytelling is a medium we all find throughout day-to-day life. Sharing experiences from your trip to Cancún is a form of storytelling. In fact, much of life can be seen as the raw material for great storytelling. We like stories because they demonstrate ideas in new ways that we might have never thought about.

I feel that the rules of storytelling can be applied to digital interfaces and web design. The precepts of good storytelling are universal across all genres. You must understand how to capture interest and bring people along for the ride. Web design is more fluid because it’s not an archetypal story – but the general structure is the same. In this post I want to look at various similarities between good storytelling and good web design.